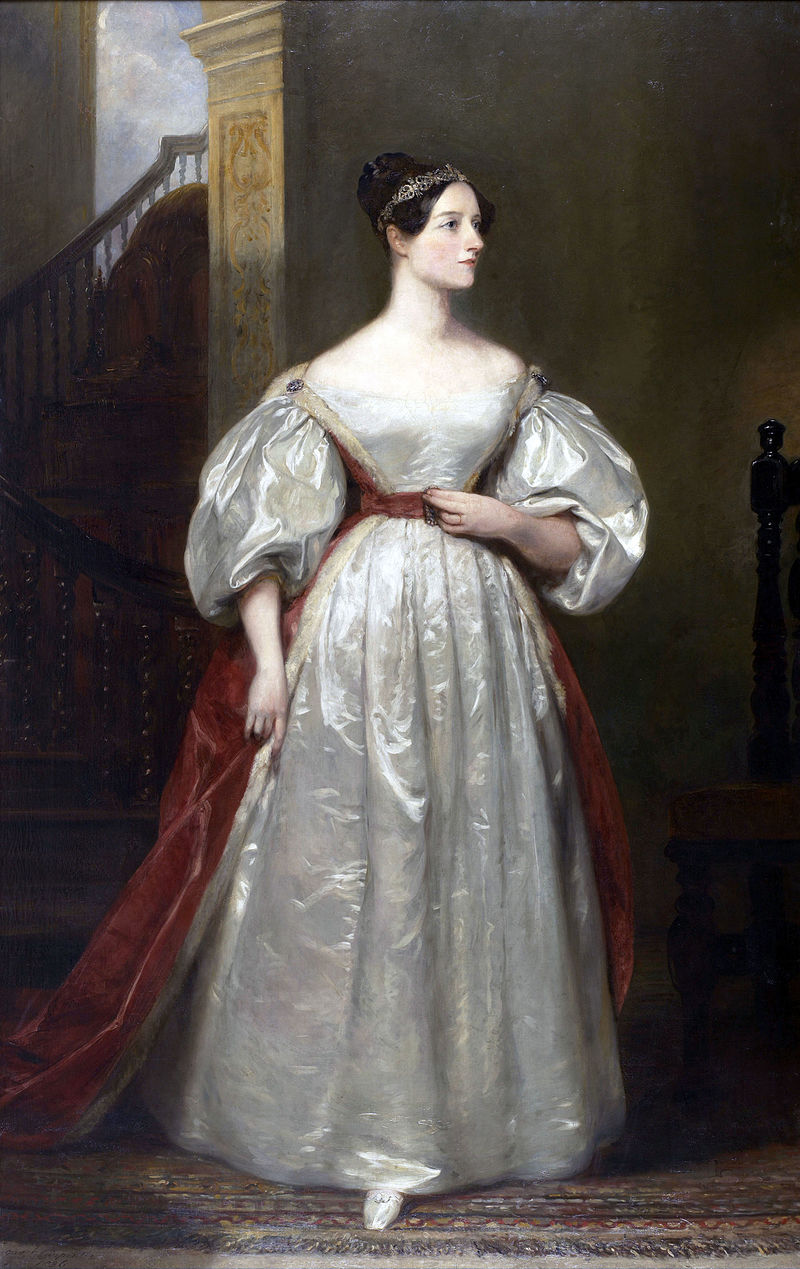 When we think of computer programming, we don’t usually take ourselves back farther than around the mid-20th century. But scientists and mathematicians were working to build ways of streamlining and automation long before you may know.

Nineteenth-century London society was booming, along with the rest of the new empirical territories. Enlightenment continued, and scientific pursuits gained new ground. Poetic great Lord Byron made news in writing while he actively spawned several children, most of them considered “illegitimate”. However, his one socially-recognized child would grow up to become as prominent a figurehead of the times as he.

Ada Lovelace was brought up by her mother to focus on math and science pursuits (away from her father) and eventually regarded herself a ‘poetical scientist’. She lived a rich life, supplemented with the influence of mathematicians and scientists– thinkers– usually regarded to be male; however, during this post-enlightenment time in history the women of privilege were welcomed into salons of society as thinkers and cohorts. Her eventual “Notes” (algorithm) conceived of study are considered to be the first algorithmic computing program.

Ada came of age during a time of religious philosophy, yet called herself a “bride of science”. Although the Age of Enlightenment still influenced her time, she was immersed in an oppositional religious revival that argued in terms of heart versus mind . . . bringing much question into the process of reasoning.

Despite that turn of minds, Ada’s privileged inclinations in a world of religion led her to a nature of spiritualism, with the idea that “everything is naturally related and interconnected.” To Ada, religion was science and science was religion. As many are, who have time and freedom to consider it, Ada was complex in her regard for the religious language of her time. She said, “I don’t wish to be without my brains, tho’ they doubtless interfere with a blind faith which would be very comfortable.”

During significant life progress, Ada fell ill and eventually died in her 30s of uterine cancer complications, believed to have been exacerbated by bloodletting practices that were common of the time in medicine.